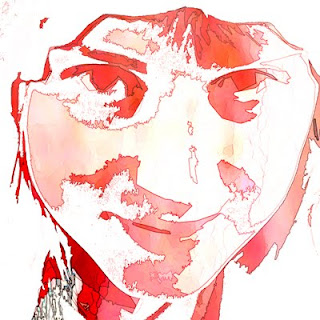 I walk the edge of understanding. A thin line with nothing below but life itself. I see it like a bird. The world we make with bits of mail scattered on the floor, string in the kitchen, cobwebs on the front stoop. It is where we breath and laugh, cry and scream. A life we are used to, one we know, one that stays. Earthly life with its marked streets and simple maps and clear colored markings. I walk the edge, balancing even as I sit cross-legged on my tan carpet, teetering. I look forward, into the speckled world of dominating blue and light washed hues.
When you sit in front of me, our eyes on each other, the room palpitating with yellow and whispers of bright explosion, my mouth on the verge of laughter, I look into you, into the you that is beyond me. I know then, for a simple true moment, you are the Other. You are Other. The word, making more sense than it can, than it should. The word, with all its explanations and discussion finally culminating in one moment, coming like a surprise wave out of the darkness, still focused for all its strangeness. It is recognition, taking me beyond the word, into gnosis.
Now as I write, so long since our last exchange, I sit in an empty auditorium. The chairs without people, the room full of judges. The many eyes of myself, staring into the empty stage, finding only me staring back.
I walk the edge, a clown balancing the egg of simple truth. I see you, your eyes, opening wide in the late morning sun. While what we know as life continues beyond the walls of our chamber, there is recognition. You are the Other. The boundary of my solitary stage is broken, for a moment, I am not in this room alone. I see you for what you are. I see the word, alive in experience. The light begins to shift once again, darkening the area around your face. My eyes are fixed, locked softly, somehow, on yours. There are no lines to define your shape, no word to describe your presence. There are only colors, vibrations dancing on a spectrum of perception.
One pure bit of experience, a simple understanding that we have tried to allude to with words and music and images that flicker across a screen. For one second, sometimes, bright in the morning, all of it, the explanations, the text, the examples, they all fade away and I see that the Other is right here, sitting in front of me, looking into my eyes. 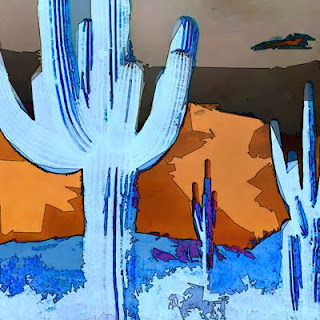 Supreme transit, it’s the nearly invisible vehicle in which opposing thoughts share the same metal lines, they move on a whim, crisscrossing the country, converging in neural networks with hyperbolic speed. In white and black robes, with little red books tinged with gold leafing and yard sticks that poke out from their underwear, they move through time, piggy-backing on waves of political enthusiasm and newly-sprung militia groups.

It was happening now. He could smell it in the air. They whispered ‘constitution’ under their breath, the letters reeking of coffee as they spat out the word with religious zeal. They coughed up those letters, spilling the 2nd as if it was word inherited directly from an ancient bearded god.
Francisco was covered in the pulsing blue light of the nightly news, he watched every station, clicking through them in random order until he fell asleep just after10. As he fell into dreams that bulged in their shape and color, he wondered why those men in the news always waved the 2nd Amendment around like a flag.
What about him?
He saw those same people aiming, shooting, trying to take down his children’s right to citizenship, his grandmother’s right to drive to the mercado. They pulled the trigger, firing at sympathetic senators and congressmen, the black suits had jumped ship, leaving him and his family in the sun.

They all sweated, not just from the heat that had bleached even the heartiest saguaro cactus, but fear also dripped down their cheeks, glistening beads of worry dropped off their cracked chin.
Another gun went off, clack! in the night.
Everyone here owned a gun, all the white men that lived in the low foothills and the ranchers that wore red white and blue flag shirts. Yesterday he found his own American flag vandalized, the one that sat beside his Mexican flag.
No they didn’t sit, they waved in the breeze that seemed to come from the lowlands of hell. Pure heat to dry the beads of fear dripping down grandmother’s chin.
The dog lay on the ceramic tiles of the kitchen all day long, living in blissful agony, giving no thoughts to rights and amendments and the news stations. A dog was a dog was a dog. Mexican, American, Indian, dogs responded no matter what color skin delivered a bowl of water and a soft caress.
A dog was a dog was a dog. That’s how they thought of him, his family, the people with skin that looked like his.
A dog was a dog. Those men in their white shirts with guns at their waist, they thought all the browns were the same – Mexicans- a word that described fear instead of a country. A word that was just as ugly as the coffee-scented breath of its speaker.
No, they had come from farms in the valleys, from cities with museums and towns without plumbing, from mountains that touched snow and from the crashing Atlantic ocean. From the central umbilical cord of two continents and the southern hemisphere, from the highlands and the valleys and the places in between where women wore embroidered blouses and woolen skirts and carried babies and chickens alike. They were not the same, but they were linked by one essential quality in the eyes of those men with guns.

He saw the advertisements every night. He saw the guns in their holsters, the posters that could intimidate even the most hardened politician.
The men with the guns knew where to aim. The targets were set, they took down what every man in a suit wants most, pointed the barrel right at the pounding heart of power and squinted an eye. They aimed at those politicians sitting pretty on those shiny leather office chairs on perfectly clean plush carpet. They aimed, and- clack!
There were not enough shelters to hide the tears. The rivers flowed from Fernando, out past concrete dividers. When the insults came, causing the floods to mount, he lost it all, all the salt and all the water. It flowed from him a storm that dried on bleached sand, drying instantly in the land without rain.

He saw their guns, felt them pointed at him, at his family, at people with his same skin. Though nothing had really changed, he had become the villain. The constitution to which they always pointed, that 2nd point that they waved higher than flags, that constitution didn’t apply to him, not to him and the dogs like him.
Their policy was to shoot first. The targets were set, not one, or two, but the millions like him. How they loved their bullets, how they hated his music and food, the smell of his clean clothes, his daughter in pretty pink dresses, his tacos and beans, his lawnmower and round sweet wife, his son in school, his language and the rolling r’s of his tongue. How they hated him and his dogs, him and his enthusiastic use of English and the small home he painted every five years.

Why did the men of highest power remain so quiet? Gently stroking their hands, rubbing their toes together, waiting to see what the tide of people would endorse before they walked to the microphone and made a statement.
They were always so scared to have an opinion. Only the men with those guns were solid in their statements, they were the ones that never changed, maybe they were getting harder, turning to stone, they were certainly never afraid to scream, their guns talked for them, clack!
Hitting his neighbor in the chest, taking away the breath of that young girl on the border, taking her father too. Their guns talked and not only did they have the right to have them, they thought they had the right to use them, declaring people like him the enemy. Turning his mother, that thick tree that bore a dozen lives, turning her into a villain, into a criminal deserving of a bullet. His children, turning them into aliens with only one signature.

He looked around with tear-stained eyes, unsure when it would stop, maybe now that the devil had sprouted naked from the ground. He wondered if it was ever gone, or had that dusting of sulfur merely hidden in the shadows, waiting for the perfect moment to come out the red door and find them.

He was now a criminal and the ones with the guns were free. The ones that murdered walked around and waved their striped flags and they would rest on the constitution like it was made for them alone, forgetting, perhaps never knowing, that this actually used to be his land, his and the dogs like him.
They didn’t knock on the door, they came in the night, that huge group with their guns and disease, their sickness that would spread, killing their enemy with only a coffee-scented breath discharged in their direction.

The movie had not changed, not a bit of dialogue had been altered. The policy, the billboards, the country and its actors. They smiled on those shiny posters, looking out at them, at that dried land and the browns and whites that dotted the landscape, those with power and bullets, those that lived like dogs under the sun, crying salty tears that ran down grandmother’s face, tasting not of salt, but of pepper.
Posted by Mad Dog at 3:43 PM No comments: