The Boy Who Couldn't Read 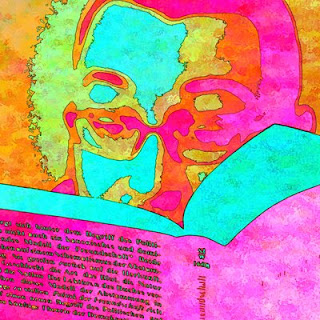 Email ThisBlogThis!Share to TwitterShare to FacebookShare to Pinterest
Labels: daily work, effort, guide, lineage, voyager, will, work with others 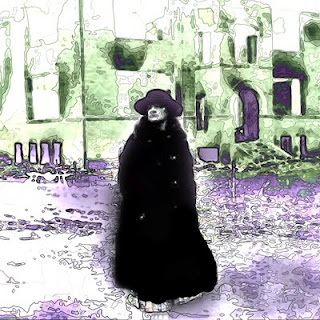 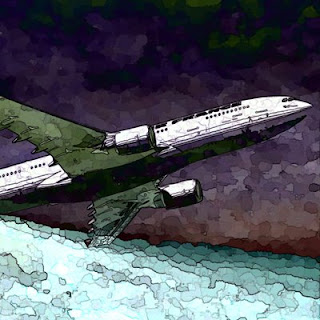 The seat below me is soft and blue. I look out the tiny rectangular window and see nothing but blackness and occasional spurts of lighting.

The seat below me is gray, the windshield before me is covered in smashed bugs that speckle the vision of evening traffic.

We rock violently, trashing through the night sky. This is not turbulence, and as much as I would like to hear the reassuring voice of the captain, assuring us of our altitude and safety, this will not be that type of flight.

My eyes water. I am in a sea of cars, their headlights blink on and off in a Morse code of red.

We jerk violently, like a toy in the hands of a giant. The lights have gone off and the aisle is illuminated in an orange glow of polka dots. The air masks drop, I reach to them like a machine clinging for life. Air. I need air. It is the scene from a nightmare. The terror of birth, the knowledge that soon I will be taken, taken back into the world of darkness. This is the sheer pain, the raw fact of inevitable death. This is happening. And it’s happening to me.

Tears begin to flow. The freeway surrounding me is a slow game of movement. But I am in the sky. I am crashing towards my death. I am sucking air. I am clenched with fear. The ocean is below, a black vastness that will soon embrace my cold flesh.

There are screams and they are loud, but at the same time, running in parallel, is the muted stillness of a moving grave. I move as though it as if wading through molasses, each second stretching further than I ever thought possible. An electric cord of lightning blasts through the sky like a careful dancer. The craft shakes with the force of a demon. All truths exist at this moment.

Sadness will not let go. Fear of the inevitable moves with my blood. My mouth is dry.

A terrible roar, the screech of metal ripping, what have we lost? There is crying, but there is silence, the silence of an approaching death. The plane tips, we flap like a feather, this multi-ton hunk of metal is dropping like a stone in a pond. Has my heart stopped? I am nearly dead with fear.

Their fear is mine.

It is the sound of dying metal, there will be no landing, not on hard earth. Open up, we are coming.
The wing hangs by a tendril. Every prayer I have ever known runs through my mind, words flip through me like a crazed typewriter.

There is nothing that can help us now.

I will never see him again, his eyes flash in my mind, the space we shared in the airport not too long ago. Just moments before the flight. We stared, my lips quivering, my hands still playing with the crinkled hair from his beard.

A tear begins to form, the pain of knowing this is the end.

I held and held, feeling his truth. Sink, he said. Let it wash over you like a warm wave. You will never see me again. Goodbye, I will see you on the other side, I will call for you with my bell and my candle. I will call for you. Listen for me, come to my words, let me be a guide. Follow me.

I reach deep within me and I pull out another breath.
Posted by Mad Dog at 6:01 PM No comments: 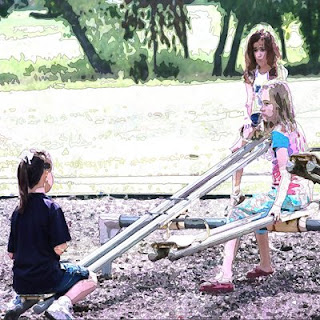 There are a thousand mirrors in all directions. The sound of the chainsaw on the hill. The neighbors that can only be heard when bickering for the remote. The birds which compete for scraps of bread. And maybe when I look I can’t see the contour of my face or the glint in my eye, but as I hear that bird chirping like a metronome at 5 in the morning, as I see school children running to the white ice cream truck, the mirror reflects more than the skin. Deeper even than the body, reflected back are the habits I carry from form to form. Quick moving bursts of energy that move in cyclical patterns, shapes that are hard to grasp, but I see their trail. Fallen timber, cyclones of anger, streams of tears. If I look, I can see the path of each invisible impulse, like subatomic particles in a cloud chamber.
Two little girls mirror us so closely I can almost hear their mocking laugher. But they do not know that their shadows stand before them, their selves in twenty years. They cannot step out of the sphere that coats them like a bubble. Only while my skin sticks with the iridescent film of a broken orb can I see my mini reflection. Wrapped in pink clothes and shrill voices. Covered in silky hair and tall-tales. They are sisters on the teeter-totter. If one is happy, the other is sad. A well-meaning present for one means the jealousy of the other. We are older, yet we act just the same, the teeter-totter of emotion that bings and bangs, never achieving a moment of balance. Never riding the hot air balloon together. One of us always chooses to stay on the ground, looking up with tears in her eyes as the balloon takes flight. I look at the little girls, I look at them with objective eyes, clear and unclouded by the spheres of emotion that usually whirl around me like a dust storm. On this sunny afternoon, one little girl is happy, she’s going to the library. The other is hiding somewhere, crumpled in a corner, upset that she’s staying home. They match our black and white, our need to balance in extremes. They mirror our inability to move and think and remember beyond the present moment.
Like dogs, we are two little girls with the bodies of women, two little girls with the maturity of children. I may be able to drive and feed and clothe myself, I might look like any other full-grown human with breasts and hips and painted lips, but I have stayed so small, still completely trapped in the most base of concerns, my web of identification that shifts from one action to the next, from one stimulus to the other. We fight like them, we compete like them. One moment of attention is never enough. They compete for wrapping paper, they compete for food and treats, they compete for attention and praise. They are living mirrors. And as I watch them, they seem so silly, so machine-like in their competition and negative balancing. But in this body, I lose any sense of objectivity. It is my own pain which I feel, my own sense of exclusion, my own need for praise and attention that seems to constantly be stifled by the sister in front of me. How can I keep the mirror propped up? How can I remember to look when it seems so easy to just keep my eyes closed. If I can see it over and over, if I see the reflection staring back at me with wide eyes and shock, maybe I’ll have a chance at remembering the teeter-totter I ride.
Posted by Mad Dog at 8:34 PM No comments:

Storms from the Old Patio 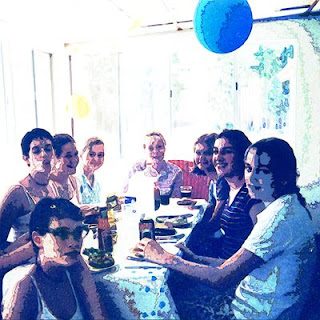 What would she do when she felt like pulling out her hair? One by one or maybe in big clumps of orgasmic release. What would she do when she felt the hurricane come from inside, sweeping through every red tendril, pulling up every cell traveling down the corridors of fire. Great swells moved through her, like ocean storms upsetting schools of fish and traveling whales that wanted nothing more than to reach warmer waters. No, there were wooden ships waiting to capture dolphins and take them to cemented circuses. There were old fashioned harpooners with sharp metal poles. There could be no safe journey. Each mile moved was a step of luck, a brief silence that could be broken at any time.
She sat on the cold linoleum, the same pattern she had grown up with, the pattern of their old patio. The room her father had attempted to renovate. They painted it white, they lay a new floor, they cleaned the barbecue and had birthday parties out there, every year ‘til she was seventeen years old. ‘Til she was seventeen and they moved to a little condo and she had a boyfriend no one liked. Then there were no more parties of short-haired girls.
The old patio, perhaps torn down now, had always gathered mold in one particular corner. They tried to paint over it, but the black spots always surfaced and the southern California heat was not enough to obliterate it. No one thought about the health effects then, no one worried about a little mold, so the children piled in and sat at a long table and ate hamburgers her dad had grilled and ate slices of birthday cake her mom had made and they brought presents and swam in the long rectangular pool. Her dog always lurked with the smell of food, and one year, her mom, distracted, lay a plate of hamburgers on a low lying coffee table and her dog snatched a couple and licked many more. By the time anyone noticed, half a plate was gone and they all shouted "Blackstar!” as she swallowed as fast as she could before she was dragged by the collar and thrown out of the windowed room. Her dad grilled more and the little girls ate until they grew older and many of them turned into vegetarians and then her dad grilled fake meat burgers and tofu dogs and her flesh and blood dog wandered the room, hoping for a dropped morsel.
She sat on the same patterned floor now. With great storms passing through her. Schools of blue and yellow fish traveled up and down the length of her short body. They darted, trying to avoid the sting of her spear, the sharp metal she projected inward. The ghosts of harpooners had long since melted with the sun, it was she her body should fear. She was the trapper, the man with the hook, the killer with the evil grin. Like a great cannibal she would come to feast on her own arms and legs. Had she carried these storms since the days of the patio? Birthday after birthday they became more a part of her, until she thought she was the swirling wind and the chilly gusts of rain filled nights.
Posted by Mad Dog at 8:32 PM No comments: